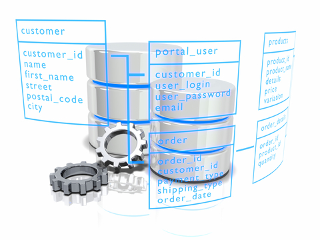 Databases are at the core of virtually all modern information technology systems. Sometimes these databases are exposed, for example, as in data warehouse systems. The centrepiece of a system like that is a powerful industrial database such as Oracle, or Sybase, or Microsoft SQL Server, or something similar. The presence of a database is pretty obvious in that case – only these powerful databases can crunch the immense amounts of data processed by data warehouses. In other cases databases are hidden. For example, Apple iTunes uses a SQLite database to store the details of music tracks on your computer. That database is not obvious; it does not advertise itself, but it’s there. It makes sure that the ratings you assigned to songs are saved and can be synchronised between all your iPhones and iPads. It counts the number of times every song was played so that you don’t listen to the same song twice when you put your iPhone on shuffle. Databases are everywhere. They all serve the same purpose – to store data and make its retrieval as easy and fast as possible – but they are also vastly different from each other.

Let’s take another example. When you log into your Google account and bring up your Gmail inbox, all the emails you see are actually stored in the remote database. That database is called BigTable, and it contains not only your emails, but all the emails of all Gmail users in the world, and also virtually all of Google’s data. While your iTunes SQLite database may be about 50 megabytes in size (and that’s assuming you have A LOT of songs), Google’s BigTable contains petabytes of data. That’s your iTunes database times one billion.

If you think about it, it becomes obvious that these databases require vastly different approaches to the way the data are stored and retrieved: You can fit an iTunes database into memory and query it whichever way you like without a performance penalty. At the same time, no machine has been built yet that could apply the same approach to Google’s BigTable.

Unfortunately, not all software developers understand that. Databases once were an inspiring topic but in recent years they went out of fashion. Software developers are geeks; they like new toys; they all want to work on something latest and greatest and cutting-edge. So many new exciting things are happening in the area of Information Technology – Web 2.0, HTML5 and Apple iOS to name just a few – that databases just fade in comparison, despite the fact that they make all these new shiny things tick. Most of the developers these days take a database just as generic data storage: “We’ll just stuff the data in and we don’t care what’s inside.” 10 years ago SQL language was a necessary skill for database application developers. Nowadays the majority of programmers don’t know SQL. They rely on frameworks such as Hibernate to produce SQL statements for them. They think that all databases are the same and therefore, if necessary, they can take one system that uses MS SQL Server as a backend and put it onto Oracle and it will work just fine.

Well, that may be true for very simple applications. The myth that all databases are the same is flawed, especially when it comes down to performance. Today cloud computing is a buzzword, and Google is the patriarch of the cloud. Google’s servers process billions of requests every day, crunching petabytes of data. Yet, every request made to a Google search engine is served within seconds. This places such a high demand on the Google’s database layer, that Google’s engineers couldn’t afford using even the most powerful of industrial databases, and they had to develop their own – the aforementioned BigTable. If you told these guys that “all databases are the same”, they would laugh into your face, and rightfully so, because Google knows that performance matters and they try to squeeze every bit of performance out of their systems.

Databases matter, and if you consider yourself a decent software developer, you need to learn how to tame them. Learn the differences between them. Learn what they are, what makes them tick, and the most importantly, how to make them tick faster, because writing applications that are slow is just bad taste.