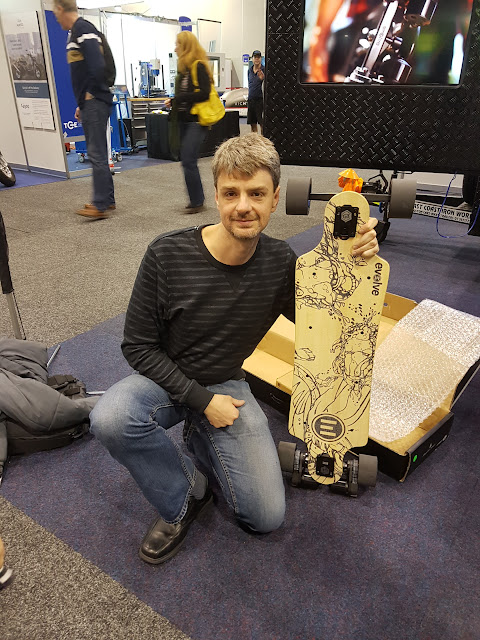 A month ago I was at Technology & Gadget Expo in Melbourne where I saw a booth with electric skateboards. I rode skateboards a little bit when I was a teenager 25 years ago. Back then in Russia, we didn’t know the difference between the skateboards and longboards, we just rode whatever we could get a hold of. Although I wasn’t very good at it, skateboards since had a special place in my heart. But that passion just laid dormant inside of me.

A few years ago, when I read about Boosted boards and then sometime later saw a Boosted Gen 2 board in an office of a bank where I worked at the time (I still don’t know whose board that was). Although I felt I was getting hooked, it still seemed a distant dream. Electric boards were rare as unicorns, and the price was prohibitive.

So, when I arrived at the Tech & Gadget Expo 2017 I was quite surprised to find that one of the dominating themes were the electric vehicles. There were Segways, electric scooters, bicycles and, my favourite, skateboards. In fact, there were not one but 4 different e-skateboard booths: Evolve, BajaBoard, JedBoard and Fiik. At the centre of the exhibition hall was a test drive area where a willing audience could try to ride on electric vehicles. One part of the test drive area was dedicated to Segways and bicycles, and the other one - to skateboards. I ignored the Segways and decided to try an e-board.

The first board a stepped on was an Evolve GTX Bamboo.  It felt awkward at first, but after a few minutes, I got hooked. That was on Saturday. I went home but came back on the next day. I tried to ride on an Evolve again, this time with all-terrain wheels, and on a Jedboard. As inexperienced with skateboards as I am, they felt nearly same to me, however, I still liked the Evolve a touch better. Besides, I couldn’t buy a Jedboard straight away: they only had pre-production samples at the expo. They promised to deliver the boards in November - December but required a deposit.

Not without hesitation I finally succumbed and decided to buy an Evolve board. Because I was new to electric skateboarding I decided to go for a simple option first. I wanted to see if I would like it or not before pouring lots of money into it. I chose a Bamboo GT Street version but opted for the largest street wheels - 97mm. Big wheels glide smoother over rough surfaces and they allow rolling easily over cracks and small potholes. Oh, and I bought an Evolve helmet too.

A few days later I took the board out. I chose a bicycle trail which goes along Half Moon Bay as my testing ground. God, it felt so awkward first! I didn’t know how to step on the board, how to start moving. The acceleration and braking felt brutal, and the board literally tried to jump out from under my feet. I had to jump off the board at the first sight of an approaching pothole or a road crossing. But the longer I rode on it, the better it felt. After about half an hour I started picking up speed and rolling over curbs with (some) confidence. Riding the board felt natural to me. Before I noticed I made it all the way from Brighton to Port Melbourne (10km) and then back. The fastest I went on the straight was 20 km/h and it started to feel a bit scary at that speed. I still had 40% of the battery left after my trip.

That is the story of my first ride on an electric skateboard. I got hooked. I can’t wait to ride it again soon. 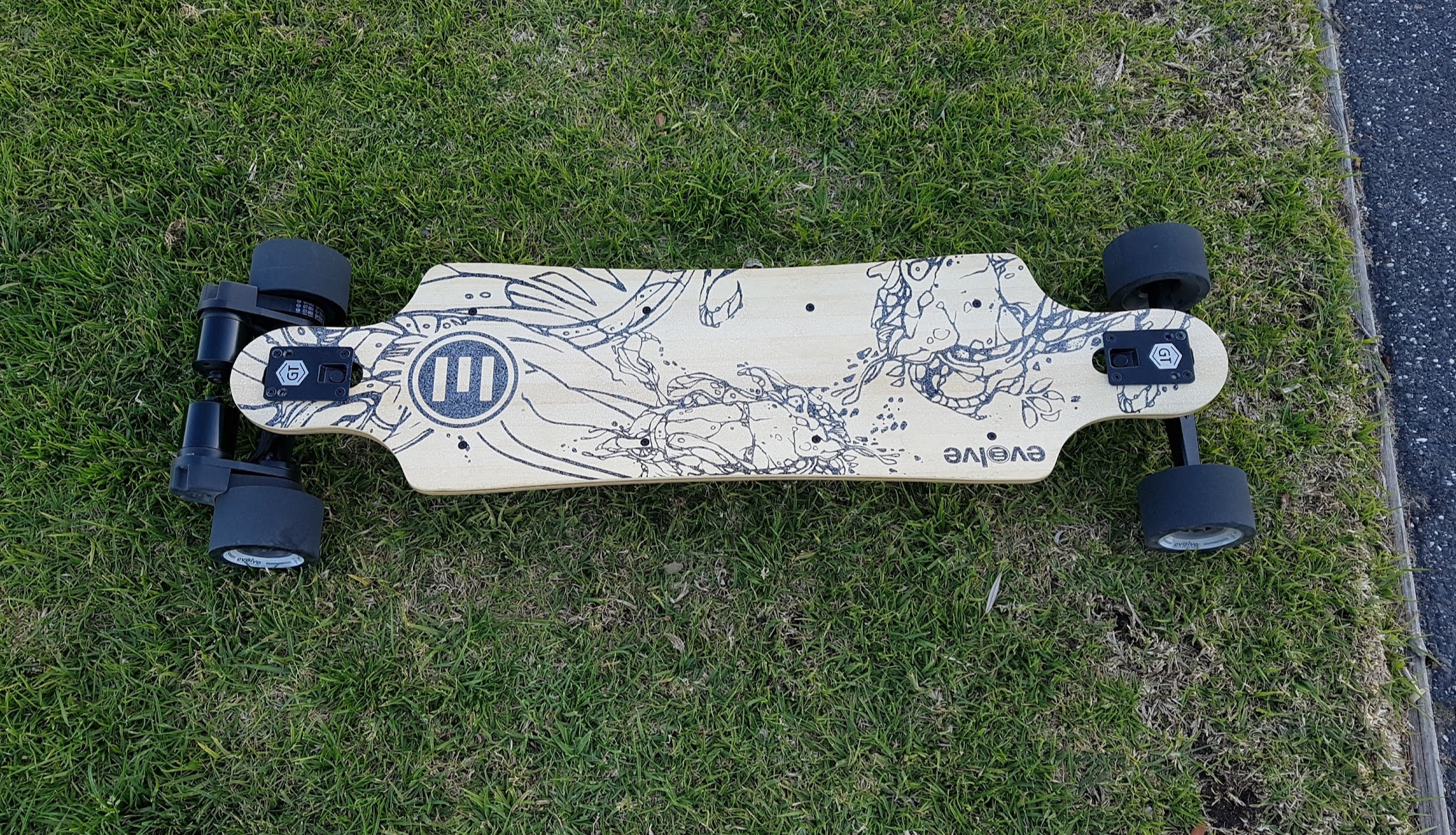